A Game of 2 Halves

A Game of 2 Halves 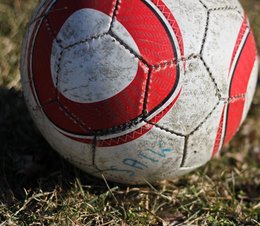 A Game of 2 Halves is an innovative project that has been designed and developed by Dr Nick Barnes, and has been successfully co-delivered with secondary schools in the London, aiming at reaching young people at risk of exclusion.

It is clear that a number of young people have consistently struggled to accept and engage with the support offered by more formalised mental health services, seeing these services as stigmatising and marginalising. As a result, we sought to develop a supportive intervention that would be working with young people ”where they are at”, rather than “where services are at” – and for some young people, this is definitely football.

A Game of 2 Halves has been running since 2010 working with young people (11-16 yrs old) at risk of exclusion from secondary school, or with those who have been excluded and might be attending alternative education provisions , or not even engaging with any education at all.

The model of delivery is informed by Cognitive Analytic therapy, and the associated theory, being rolled out as a 12 week programme of participation, involvement and activity aimed at building resilience, promoting a positive sense of self and self awareness as well asdeveloping an emotional literacy through the world of football – helping young people develop an awareness and insight to the impact of their emotions on their actions, and the subsequent impact this can have on others around them.

Primarily the model has been adapted to meet the needs of the schools involved, and most projects have worked with young people from years 8 or 9, usually from 3 seperate secondary schools, all coming together to work as a team. By thinking as a group (team) what makes an effective and productive football team, we can then build on these skills to assist us to become effective and productive “team players” back in school.

Each school is asked to provide a member of staff to accompany the players, so that the skills acquired on the programme can be learnt and reinforced back in school by staff from the school.

The results from past projects so far have been encouraging. For example:

Building for the future

Our 2 primary aims for the future of A Game of 2 Halves are;

However, it is clear that there could be an expansion the model of delivery of the programme in order to reach a wider range of young people with a far greater diversity of need both in and out of school. In particular, working with groups of young people with significant mental health needs would be a valuable way of taking this project forwards.

Fundamentally, however, A Game of 2 Halves is a project that offers a way of engaging young people in opportunities for change who might previously have rejected services. This is a way of working which allows services to reach some of those young people who are too often felt to be simply, “too hard to reach”.

All Rights Reserved 2013. All content is copyright © of R² Services for Young People